6 Strategies of Self-Defense For The Untrained Man 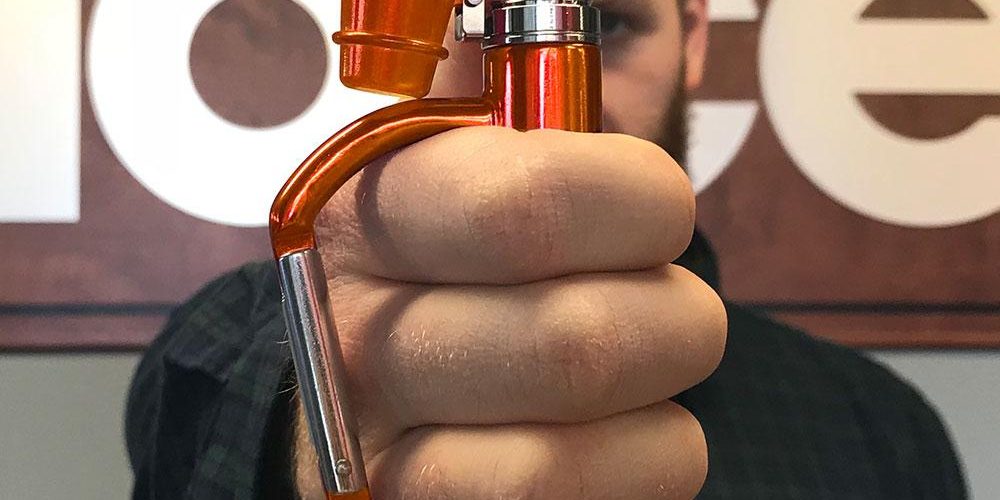 Contrary to popular belief, there is a big difference between a fight and a self-defense situation. While both may look the same on a physical, combative level, the reason that each participant is there is very different. As a general rule, a fight is a contest involving two or more willing participants, all trying to “win” or prove that they are “right.” A self-defense situation, on the other hand, may involve more than one willing participant but, they are all on the SAME side!

The defender in a self-protection encounter is the unwilling target of an attack launched by another who is trying to take something from her. As a result, she is not trying to win or lose necessarily, as much as she’s trying to get out of the situation altogether.

The following is a list of the six general phases of progression that one goes through in being properly prepared for a self-defense situation – beginning with the least amount of threat to the defender and leading to that which poses the greatest potential for damage. Each phase, or stage, itself, has the potential of reducing or completely eliminating your chances of ending up as a crime statistic as a victim of assault or some other serious crime. You are to be properly prepared to maintain a safe and danger-free life, you must insure that your training takes all of these phases into consideration.

1. General Awareness – Accept that there is danger in the world and choose to do something about NOT being a victim of it.

2. Awareness of Danger Potential – Tune-in and be aware of your surroundings   . Know that the sooner you can be aware of danger that might affect you, the more choices you have for dealing with it.

3. Escaping to Safety – Know how to choose good escape routes from where you are. Have escape routes pre-planned from your home and everywhere else you frequent regularly. And, have multiple routes to and from places like work, the mall, school(s), and of course, your home.

4. Distraction Tactics – Don’t be in a hurry to fight. If at all possible, use humor, trickery, and other non-threatening, non-confrontational strategies to diffuse the situation or distract the attacker’s mind away from you  as the target.

5.Project a Confident Attitude – As a last resort, use firm, committed speech and body language to try to dissuade the assailant from going through with his plan to attack. Let him know, in no uncertain terms, that you will not be an easy target.

6.Physical Self-Defense – If all else fails, and you end up at this phase – be prepared to win.
It’s important to note that “physical self-defense” comes at the end of the list. This is never the preferred choice for handling things as there is always the chance, no matter how good you are, of something going wrong.

As I said, the more options you have in being able to avoid or escape from a situation before it gets physical, the greater your chances of success with the least amount of wear-and-tear. But, remember: If you must fight, then do everything in your power to go home safely. After all, this is about “defense”, right?

Just about all self defense and police crime prevention sites contain lists of tips to reduce the risk of a violent or criminal encounter. Staying safe on the mean streets of life, This all sounds very easy on paper but when you are being attacked you will be scared and shocked. An attacker may cover your mouth to stop you from crying-out; they may even knock you unconscious. It is important that you learn basic self-defense, evasive measures and strategies on how to calm yourself down in a stressful situation.

You can prepare for the unthinkable by running the scenario through in your mind at a time when you are not distracted. Yelling, “Help!” is a natural reaction because years of social learning have taught you to react to a threat in this manner, you can learn these new safety strategies the same way. Here’s some other ways to defend yourself when being attacked;
Stomp on an attackers foot with your heel. Use all of your weight and stomp with as great a force as possible. Kick an attacker in the shins with your whole foot.

Push hard with as great a force as possible being careful to maintain your balance so that you do not fall over. Gouge at an attackers eyes with your thumbs or fingers. Push hard. Use great force. If you are strong or if your attacker is the same size or smaller than you use this same technique on the hollow of the neck (just below the Adam’s Apple area in men). If an attacker has you from behind use the foot stomping technique described above AND bang the back of your head into their face/nose as hard as possible.

Lean your head forward as you stomp and then with as much speed as possible smack their face with the back of your head. If you’re attacker has their hands around your neck do not try to pull them away at the hands (as your instincts would lead you to do) instead put your arms in between their arms and with as much strength as you can muster hit out their elbows, at the same time turn your body and head in your strongest direction (left if you are left handed, right if you are right handed).

Stomping on their foot or kicking at the shin while doing this can add impact and help you get away faster. As soon as the grip is loosened be ready to take a deep breath – if you don’t get away the first time try again, the extra breath will give you more fighting energy. If you carry a personal alarm, pull it as soon as the attack begins and put it right up against the ear of your attacker.

If you don’t have an alarm, scream as loud as you can directly into your attackers ear. (This is a strategy you should only use if the attacker has you pinned on the ground or against a wall and if their head is close to you). If they are covering your mouth with their hand lick the palm of their hand (most people recoil from this instinctively) if that fails, bite – bite hard. It takes more energy for an attacker to recover from a miss than it does to recover from a hit. If at all possible duck and dodge any advances by your attacker.

If you are on the ground and are able to break free push at your attacker with your feet to put distance between you. Kick at their hands, head and face as you push away from them. When they are distracted stand up and run. Never plan to fight an attacker and win; do only what it takes to get away from them.

When under attack there are everyday items in your school bag or purse that you can use to buy yourself some precious get away seconds.

THINGS THAT YOU MAY HAVE IN YOUR BAG THAT CAN PROTECT YOU WHEN YOUR UNDER ATTACK:

• Keys: Keys can be an excellent aid in self-defense. They can be used to gouge at eyes, to stab at the throat or to punch at the face. Put them between your fingers when you make a fist to add force to your get away punch.

• Pencils, Pens, Rulers, Geographical Compasses, Protractors: These can be used much the same way as keys and are just as effective. Again, use them to gouge at eyes, to stab at the throat or to punch at the face.

• Hairspray or aerosol breath freshener: When used at close range these two items can be sprayed in the eyes of an attacker to buy you some life saving get away seconds.

• A hand full of spare change: A bunch of loose change can be forcefully thrown in the face of an attacker to startle them and help you get time to runaway.

• A can of pop: Shaken up and sprayed at an attacker pop can act to startle them in the same way spare change can. Also, an attacker will not know what is really being sprayed at them and will act to protect themselves, they will likely put their hands up in front of their face to block the pop giving you a chance to run. The goal is to get away so anything that startles an assailant is valuable.

• Cell phone: A cell phone call to 911 at the beginning of an attack can still be valuable. Dial 911 and drop your phone. Start yelling where you are, your first name (do not yell your last name) and that you are being attacked. 911 will record what you yell and in dropping the phone your attacker will have to bend over to pick it up and disconnect the call giving you the seconds you need to start running away.

• Your bag itself: A bag packed full of school books can also help you get away. You can throw it at the assailant to put them off balance, you can swing it around to hit them and push them over or you can open it and start throwing the contents at your attacker to trip them up as you run away.