Best Self Defense Weapons for Women 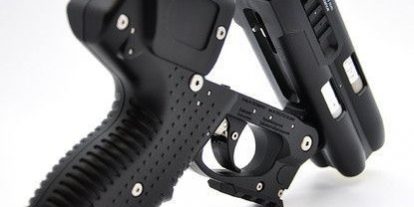 We cannot overemphasize the need to keep ourselves secure. If you have read basic psychology, you may have come across the Maslow’s hierarchy of needs. There are five categories; security is the second after food. You see, without food you will not be alive to think about security. And then without security, social needs, esteem and self actualization will not be coveted aspects of life. So security is vital. A woman is definitely more vulnerable than a man. Fortunately, there are weapons to help you get out of potentially dangerous situations. Following are some of the best self defense weapons for women.  Read on.

This is perhaps the best self defense weapon for a woman. It does not require any force when dealing with the aggressor. It is pocket-sized and very easily concealed in lip-stick form shapes. Since it is non-lethal, you are assured that your attacker will be alright again within an hour, meaning you don’t have to go home guilty of injuring someone. If your local regulation allows you to own one, then you should. Chemical sprays include pepper and bear sprays. They work by irritating the body part in which they have contact with and allows you disappear. Military grade chemical sprays are the best because, well you know, they’re used in combat.

A taser works from a distance, say 15 feet. It fires a dart into your aggressor’s skin and then you can deliver an immobilizing shock. It looks like a pistol, while the stun gun can take on many different forms the most common resembles a small electric razor. The stun gun is cheaper however you have to be at close range to be able to deploy it. They are both good alternatives to carrying a had gun.

What you need to know

The taser requires you to aim well and hit your target which might be a daunting task. If your aiming is not good and you miss the target, then it works to your disadvantage because you only have one shot. The stun gun works well, but has the disadvantage of close proximity with your attacker.

These are non lethal weapons. Instead of the real bullet, feed these rubber ones into your firearm to shoot the assailant. Yes, they hurt a lot because of the force. Using this weapon requires you to buy the rubber bullets ammunition which you’ll use to fire. They can kill if used from close range, so only use from afar. Using this weapon requires practice to aim at the target.

Also called the paracord monkey fist, it looks like a chain with a ball-like end. One can think the ball is just tangled rope but within it is steel. Swinging it at an attacker can cause great damage. It is good to hit delicate body parts such as the head. Also, you need to assess your perpetrator keenly because this weapon could be taken and used against you.

There are many other weapons you can use, but pepper spray and stun guns are the best options. Pepper spray is the only weapon that can defend you from a distance without badly injuring your attacker. Choosing a weapon requires you to assess your limits otherwise the weapon is useless.

Defending Yourself In Your Home: Things You Can Do To Decrease Your Chance of Robbery and Increase Your Safety
July 28, 2017
SEARCH PRODUCTS
SEARCH SITE
CATEGORIES
RECENT POSTS
Go to Top