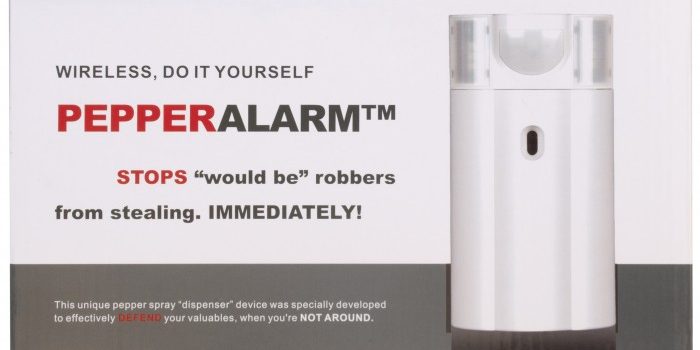 At one point in history, a dog was considered the best form of “security alarm” a household could have. As technology has progressed throughout the years, more sophisticated security systems have been developed, such of these consisted of an alarm and a network of security cameras, perimeter sensors, and motion-activated lighting. Now, these items have become much less expensive to install and maintain, which means that even the average household can take advantage of a home security system. Now, most homeowners consider a security alarm to be a basic way to protect one’s family, home, and belongings.

Unfortunately, many of us are guilty of overlooking the presence of alarms and underestimating the impact that a simple security alarm can have. It would be impossible to count the amount of lives that have been saved, possessions that have been saved, and criminals brought to justice due to the aid of security alarms. Part of the reason may be that we simply forget about the presence of alarms because they are so common now. The alarms keeping us safe on a daily basis go far beyond security alarms on doors and windows. The most common type of alarm, by far, is the smoke alarm. Most city codes require that all public buildings be fitted with smoke alarms because they are considered to be a basic necessity regarding safety. Because of this fact, most new homes are equipped with smoke alarms and it is not uncommon for families living in an older home to add smoke alarms throughout the house.

Another popular type of security alarm that you are likely to be familiar with is the security alarm. This is what many call a “burglar alarm” because it is primarily used to keep criminals and unwanted persons out of the house. A security alarm can usually be found in most public places–especially stores–and is usually triggered when someone opens a window or door after the alarm has been activated. This type of alarm has become quite inexpensive to purchase and can even be installed independently without the need for a technician. This is now a very popular security measure in public places as well as the home.

You may also be familiar with a motion detector system, a type of alarm that is triggered when the carefully placed sensors detect movement. The sensitivity of this type of system differs between the various designs, and is also affected by where the sensors are placed. People, animals, window or door movement, the movement of water in a swimming pool, and even shattering glass can be detected by a motion detector system. They are particularly popular around swimming pools and driveways.

If you’re a “DIY” type of person, you will be glad to know that most of these systems can be installed in just a few hours. When choosing an alarm, ask yourself what type of security measures your home currently has in place in order to determine what items are lacking.