How Does Pepper Spray Work? 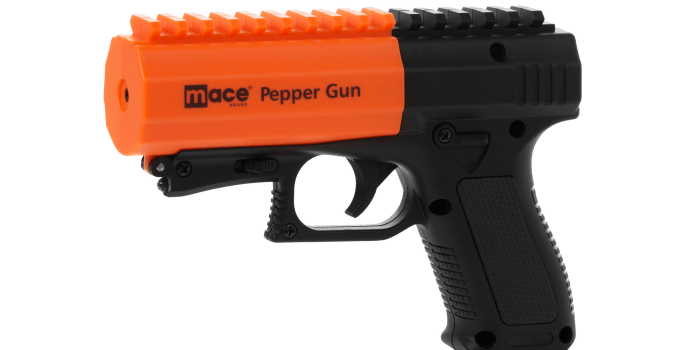 You’ve surely heard of pepper spray, but do you know how it works? What exactly is inside that can that you carry to protect yourself?

Most pepper sprays currently on the market are rated at about 2 to 3 million SHU. For comparison, very hot habanero peppers rate at around 2 million SHUs. While every pepper spray formulation currently being sold is certainly strong enough to stop an attacker, the higher the SHU, the more powerful the spray should be, and the faster your attacker will go down, writhing in pain.

Currently available pepper spray types range from those designed to stop humans to those rated for dogs or bears; depending on their use, they may have a higher or lower SHU rating. Sprays used by law enforcement for crowd control may include pepper spray with a very low SHU rating, for example. Meanwhile, pepper spray designed to stop bears in their tracks will typically be stronger than the type designed for use against human attackers.

The first pepper sprays to be developed for self defense, in the late 1960s and early 1970s, utilized Oleoresin Capsicum (OC), an oil extracted directly from peppers. The OC is what gives the peppers their heat, and it causes coughing, a burning sensation, watery eyes, and other symptoms. The chili peppers were typically powdered, and the Oleoresin Capsicum was used directly in the process of making pepper spray.

Today, most pepper sprays are not actually made from peppers, but from artificially created chemicals. These affect the nerve endings and mucous membranes in addition to the symptoms caused by pepper-derived self defense sprays. These chemicals include Chloracetophenone (CN) or Orthochlorobenzalmalonitrile (CS); today, most pepper sprays include a combination of several chemicals, because some people may be more affected by one than by others.

Some pepper sprays include other chemicals in addition to these. For example, they may contain UV dye, which marks the attacker so that they may be easily identified if apprehended within 48 hours of the attack.

To turn chemicals into a useful self defense spray, the compounds are suspended in a liquid, usually water. They are then pressurized in a spray canister. The pepper spray can now be sprayed just like a can of spray paint. Some are designed to come out of the can as a fine mist, while others are in the form of a solid stream of foam.