How To Handle A Dog Attack!

You are here:
Preventing Dog Attacks 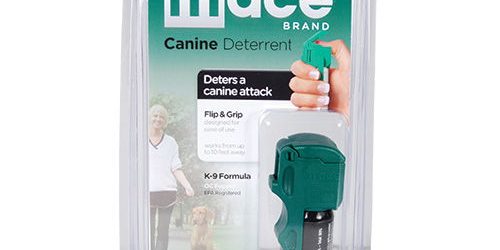 It may have happened to you before: you’re walking or cycling through the neighborhood when suddenly an unfamiliar dog crosses your path. The dog begins barking, growling; maybe it even charges you. So much for man’s best friend. Even small dogs can be threatening if they’re worked up, and just about any dog can inflict a painful bite. In the US alone, nearly 5 million people are attacked by dogs every year, and 1,000 people go to emergency rooms every day as a result of a dog attack; many of them are children, and about half of them have been bitten in the face. If a dog attacks you or your child, your response can be the difference between walking away unharmed or being injured by the dog, and perhaps even be the difference between life and death.

Take precautions against dog attacks. Most dog attacks are the result of insufficient containment of the dog, or poor training. I.e. Bad owners. Unfortunately, the world will never be rid of bad owners, so it is wise to be prepared.

Avoid smiling at the dog. You may be putting on a friendly face, but an aggressive dog sees you baring your teeth for a fight. Carry a weapon, such as Pepper Spray or Dog Repellant. If you must walk in an area that is known to have agressive dogs that sometimes get loose, consider getting a good aluminum baseball bat. Where deadly force is not warranted, this can be used to keep some distance between you and the dog. And if a really dangerous attack occurs, swing hard and fast at the back or side of the dog’s head to kill or disable it. You may only have one chance to do this, but it can save your life.

Do not taunt a dog, even if you think it can’t reach you.Dogs that are chained or tethered to a stationary object for extended periods of time are more likely to be aggressive, so do not come within their reach.
Look for warning signs. Most dogs are not aggressive but rather just curious or defending what they perceive as their territory. It is important to be able to tell if a dog is just playing or is being truly aggressive.

If the dog approaches you with its head held high or low, it is probably not going to attack. A dog whose head is level means business.

A loping gait means the dog is playful and checking you out. An even, steady run means business.
Remain calm. There’s some truth to the adage that dogs and other animals can sense fear. If you panic, you may make the dog feel more confident in his attack, or you may appear threatening to the dog. Neither of these is a good situation.

Control the situation. Remember that most dogs are in subjugation to humans. A commanding “Down!” or “Go Home!” may stop an attack momentarily, giving you time to back away.

Hold your position. Dogs have short attention spans. Often after some barking, the dog will lose interest and go away. Do not appear threatening to the dog, and don’t open your hands and arms up to a bite by extending them. Keep your fingers curled into fists to avoid getting them bitten. The dog may come quite close, even sniffing you, without actually biting.

Look for an improvised weapon. Not much that you can find in your pocket or pick up is likely to be very effective against a big dog. But you may be lucky enough to have a good thick stick or a nice fist sized rock within reach. You may be able to get a dog to stop attacking with a strong enough hit to the back of the head.

Keep your cool, if you can suddenly place a direct-hard kick to the chin, that can stop even a big dog in mid-lunge. If you miss, then protect your face and neck. If the dog is now biting you, poke the dog in the eyes as hard as you can with fingers/thumb, … do it again — harder! Hitting — Judo chops may be easier and more effective than fists at hard angles up close.

If the dog is biting, the last thing you want to do is struggle or pull away, as this can cause open, torn wounds. If you stay still and protect your ears, face, chest, and throat, the dog will only be able to inflict puncture wounds on areas of your body that have thicker skin.

If the dog is biting someone else, do not pull the victim away for the very same reason. Try to force your arm in the dog’s mouth. Push your arm in forcefully towards the throat to minimize damage to yourself. If you have time, wrap your arm in a shirt or jacket first.

If the dog attacks your dog, let go of the leash and do not interfere. Learn how to break up a dog fight.
Back away slowly and leave the area once the dog loses interest in you. Staying calm and stationary can be a real test of your nerves in this situation, but it’s the best thing to do as long as the dog isn’t actually biting you.

If the dog bites you. Remember that one of the most sensitive spots on a dog, is its eyes. A quick jab in its eye, or even trying to push it out, will seriously disorientate a dog, allowing you further time to defend yourself.