Is Crime Decreasing In Todays World? 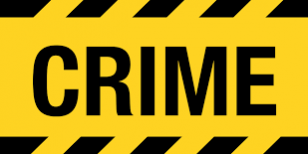 Crime in the only remaining superpower is seen to be declining. In US, street crime hovers near historic lows, hence the declaration of certain analysts that life in US has never been safer. And with the apparently downward trend of criminal activities all over the world, the world appears to be a friendlier place,  notwithstanding terrorism. This is in sharp contrast to the perception that the world is getting more dangerous everyday.

Burglary, Widely believed as the gravest of property crimes, burglary is lower in US today than in the 80s. As of 2000, US has lower rates than Australia, Canada, Denmark, England, Finland, and Wales. It has higher rates than Korea, Saudi Arabia, and Spain.

Homicide, US had been consistently high in homicide rates than most of the Western countries from 1980 to  2000.  Here’s some more crimes going on today, illicit drugs world’s largest consumer of cocaine (shipped from Colombia through Mexico and the Caribbean), Colombian heroin, and Mexican heroin and marijuana; major consumer of ecstasy and Mexican methamphetamine; minor consumer of high-quality Southeast Asian heroin; illicit producer of cannabis, marijuana, depressants, stimulants, hallucinogens, and methamphetamine; money-laundering center .

New Orleans is murder capital of the United States. The stats for murders per capita New Orleans came to the top regardless of what model was used. The Greater New Orleans Community Data Center says that the city’s population for the first half of 2008 was 324,357. There’s always 57 or 64 murders per 100,000 people. This yea there’s already been 80 murders.

The highest crime rates in the United States; are burglary, larceny theft, and vehicle theft. From the years 1980 to 1998 more crimes happened than any other time. Henry Lee Lucas killed the all time high of 600 people from 1960 to 1983 but was only convicted for 11 murders, however detectives from 40 states came to visit Lucas, where an estimated 3,000 homicides were discussed in what is considered to be one of the greatest mockeries of the U.S. legal system, in which police officers cleared their books of unsolved murders. The true number of murders committed by Lucas is unknown, but it is likely Lucas was not nearly as prolific a serial killer as he initially claimed to be, as most of his murder confessions were thoroughly discredited, and he himself claimed only one murder, that of his mother.

Another known killer known for his expertise of killing was Dean Corll also known as “The Candy Man.”   The “Candyman” raped, tortured and murdered adolescent boys and young men in the 1970s, crimes that came to be known as the “Houston Mass Murders.” Had his victims delivered to him by paid accomplices David Brooks and Elmer Wayne Henley. After shooting and killing Corll in self-defense, Henley himself brought the murders to police attention. 30 young victims were mudered by Dean Corll.