Pepper Spray for Self Defense 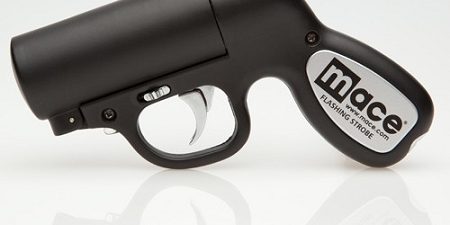 While there aren’t dark shadows always ready to strike, a sad fact in the world is that no matter how safe we feel, we all have to take certain measures to protect ourselves from the threat of danger.  There is no true safe place anymore.  Most people aren’t out to get you, but truthfully some are.  Most experts suggest that you always be aware of your surroundings.  Predators look for the easy targets who aren’t ready to put up a defense, someone who is on their cell phones, dealing with ear phones, ect.   So when walking alone, a person always has to be aware of their surroundings, keep on guard.  One might suggest that you should carry something for your safety. While there are various forms of self-defence weapons a person might carry, one of the easiest, safest and non-lethal forms to carry is pepper spray.

A mace pepper spray is something that most everyone can clip onto their key ring, wallet or bag.  It’s a non lethal weapon, that will give you a chance to flee your predator, while they are reacting to the burn in their eyes.

Pepper spray works because its made with an inflammatory agent that causes the eyes to swell up and the membranes of the upper respiratory tract.  The oleoresin capsicum spray makes a person teary.  To the point where they have to react to it, causing pepper spray to make the predator stop, even for a few moments.

Something that you must think about and test before relying on pepper spray as a self defense weapon is if you will have a reaction to it.  Some people can’t handle the smell of it, so when faced with a time that they deploy the product, they end up harming yourself without meaning too.  Therefore, one must get more than one canister of the pepper spray to test out.  No, don’t spray your face, but do a general mist like if one were attacking a predator and see what your personal reaction is.

Pepper spray should be practiced with, you want to be able to not freak out when it comes time to use it.  Much like all self defense techniques, you have to know what you are doing, and have to be mentally prepared to take the needed steps to save yourself from mugging, assault or much worse.   Keeping safe in an unsafe world should be top priority.