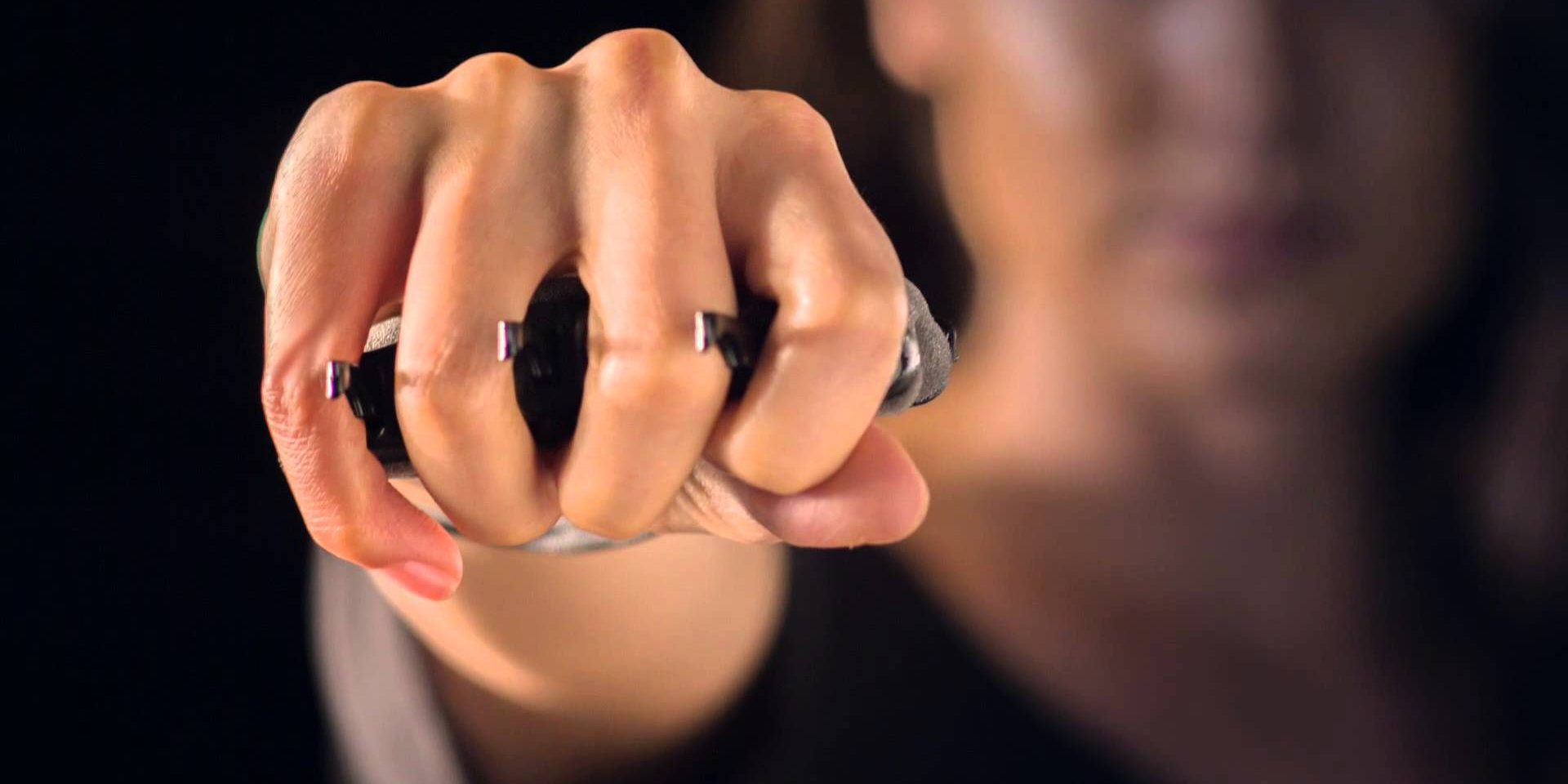 There are many types of non-lethal self-defense weapons on the market, but it’s fair to say that many suffer from being clumsy to use or may not be that effective. One of the biggest issues even with items such as pepper spray or tactical flashlights is pulling them from your purse or pocket in time to stop an attacker.

Although the TigerLady is relatively new to the self-defense market, the design was patented back in 1978 as a simple, effective way to ward off an assailant. This is a small device that fits onto your fingers in a similar fashion to a pair of brass knuckles. However, the TigerLady is wider and will reached from the first to the second set of knuckles. The device itself carries claws inside that protrude when it is pressed down by the fingers when making a fist. The claws are activated using a spring-loaded system and are designed to scratch the attacker.

The TigerLady is carried on your wrist thanks to a loose, but comfortable strap. When a threat is imminent or if you feel like danger is around the corner, place the TigerLady on your fingers with the logo facing up. As you ball your hand into a fist, the claws will protrude out from between your fingers. This allows you to swipe and scratch the assailant.

There are numerous benefits that the TigerLady offers, starting with being a simple, easy to use device which does exactly what it promises.

In addition, the DNA of the attacker can be captured on the claws and used in their prosecution. This makes the TigerLady an effective device in convictions even if you never saw their face. While they can be placed quickly, it is generally best if you place the device on your fingers before going into an area where you do not feel safe.

A Major disadvantage is, although sleek, easy to carry, and effective, a determined or protected attacker may ignore the scratching effect. Another dis advantage is you have to be very close to the attacker to use this weapon which could promote hand to hand combat.  This is where pepper spray has an advantage over this weapon as you can deploy pepper spray from a distance.

The TigerLady is a simple, effective device that offers many advantages over traditional self-defense weapons. The unexpected result of being scratched often causes attackers to stop in their tracks and even flee. This surprise aspect is arguably the best reason to carry the TigerLady.

However, it should be noted that a determined assailant or not effectively employing the TigerLady to the face and exposed skin may render it ineffective. Still, in most cases the TigerLady can be most effective in surprising and causing an attacker to run away, leaving behind important evidence that can be used to convict them. This is why the TigerLady is one of the best self-defense weapons on the market today.

With that being said, I still favor the use of pepper spray over this weapon for several reasons.  Pepper spray can be deployed at a distance and causes severe eye, nose, throat and lung irritation, disabling even the strongest assailant therefore allowing for a safe exit.  You simply don’t have to take the chance of having to do hand to hand combat with pepper spray.

Defending Yourself In Your Home: Things You Can Do To Decrease Your Chance of Robbery and Increase Your Safety
July 28, 2017