Why Carry A Self Defense Weapon? 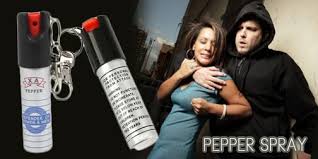 Though you probably assume that you are safe from violent crimes, unfortunately this is not always the case. Too many people think that criminals only come after “other people,” but of course this simply is not true. Don’t go through life thinking that such events won’t ever happen to you; you won’t be prepared for the unfortunate reality that they might. Every second of the day, a violent crime is happening somewhere in the country to someone who thought that crime would never affect them.

Start with the basics, or your daily routine. Protect yourself from attack by keeping doors and windows locked, and don’t go anywhere alone at night. These strategies are necessary, but alone they will not be enough to prevent assaults. You never know where or when criminal attacks could happen. Be prepared to prevent such attacks no matter where you are. Avoid situations that could lead to an attack, and consider your self defense strategy now, rather than when you need it.

Though many people think that they could just push or kick their way out of a physically violent situation, this is far from the case. In the vast majority of self defense situations, your martial arts abilities will pale in comparison to the attacker’s skills, size, and weapons. Always remember that an attacker comes prepared to fight, but the victim does not. Fighting back using solely your own strength should only be done as a last resort when you are caught unprepared and are not carrying any other means for protection.

A much better way to defend yourself against physical attacks is to carry a self defense weapon with you. Most people assume that this must mean a firearm or a knife, but in fact there is a wide range of non lethal self defense products from which to choose. Pepper spray canisters, a very popular choice, come in styles small enough to fit inside a handbag or even a jacket pocket. Just pull out your pepper spray canister and press the button to shoot the pepper spray directly in your attacker’s face. This spray will stop them in their tracks. If you’ve never seen pepper spray in use, you’ll be surprised at how fast your attacker goes down. This method gives you up to 30 minutes to safely get away from the situation.

You may think that it would be easier to yell and kick, waiting for help to arrive. The reality is that the first few seconds of the attack are your only chance to get away without serious harm. Police officers or bystanders will simply come to your aid too late. You must be responsible for your own defense by carrying self defense products such as pepper spray. If someone tries to attack you, what are the chances that a police officer, security guard, or even just a bystander is within hearing distance or eyesight? Since most attackers will choose to attack you when you appear alone or vulnerable, this probably isn’t very likely. You will be essentially on your own to stop the attack, and carrying self defense products is a wise investment for your own safety.