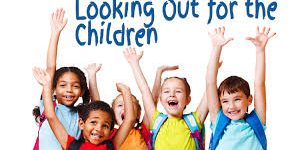 When your kids are out of your site, you worry. They could be out with friends or down the street playing. What about school? It is a contained environment just like the workplace where your kids will interact with others.

School is where kids get to test those interpersonal skills that their parents taught them. For them, it is real life. They learn that everyone doesn’t think like them or look like them. It is a time of wonder and conflict.

Over the last decade, our world has seen violence in schools on epic scales. School shootings occurred on secondary school and college campuses. Kids must learn to prepare themselves for the worse.

Even before school shootings made the news, kids have dealt with difficult situations and physical bullying at school. Teaching your child to stay safe in the educational environment begins with teaching them how to deal with others.

The hardest thing for a kid is to lose face with their peers. They would rather take a beating than be seen as a coward. Parents can counter this by practicing conflict resolution with their kids.

Let’s try an example. Your child is pushed in gym while playing a game of basketball. He or she could push back or say something unrepeatable. This will undoubtedly lead to a fight that could escalate out of control.

An alternative would be for your child to size up the situation. You’ll teach them to do that. In an instant they will realize that the other person pushed them on purpose trying to get a rise out of them. They in turn have a choice: diffuse the situation or give in. Choosing the former, they could say something like, “I’m sorry I didn’t see you there.” By accepting blame in a way, they ended things before they began.

As long as there have been children, there has been teasing in school. That teasing can turn into something bad. First of all, teach your kids not to participate in that type of activity. It takes more courage to step away from the crowd.

If another student is getting picked on, help them out. We don’t mean physically fighting on their behalf but creating a distraction by getting a teacher or walking up to the group and pulling the other student out of the line of fire with an excuse like you guys have to be somewhere.

Staying safe is school is about using your head and not your fists. Fighting leads to more fighting. Intelligently solving conflicts teaches everyone to calm down.