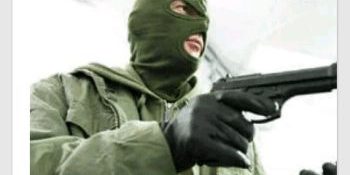 Today, it’s hard to turn on the TV or radio without hearing about a recent violent crime that has occurred somewhere in the nation. The headlines from coast to coast warn of the potential for assault, rape, murder, and other violent acts. As a result, today most families are aware of this growing threat. On the other hand, far too many people believe that crimes only happen to “other people”, and therefore never take steps to protect their safety or prepare for the possibility of being attacked. Just how common are violent crimes in America today?

The four major categories of violent crime are murder, rape, robbery, and aggravated assault. In addition, there are dozens of other crimes that may turn violent, such as a home invasion or a carjacking. In fact, violent crime is often defined as any crime that utilizes violence or a threat of violence, whether the intention of the act is the violence itself or the perpetration of some other crime.

Every year, there are nearly 1,400,000 serious violent crimes reported around the country. Aggravated assault tops the list at a staggering 62 percent of all reported violent crimes. While it is believed that the rate of assault has declined over the past few years, it still accounts for nearly 850,000 crimes every year, in nearly every city across the country and in rural areas too. You can never be sure that such a crime will not happen to you or to your family or friends, even if you live in an area that you consider safe.

After aggravated assaults, robberies account for the next highest numbers of violent crimes. At nearly 30 percent of all violent crimes committed within the United States, over 400,000 robberies occur in the U.S. each year. Robbery is defined as the taking of personal property by the use of violence or the threat of violence. In addition to attacks on the street with an aim of robbery, there are also carjackings, business break-ins, and home invasions as well as other property crimes that may turn violent.

Rape and sexual assault accounts for over 94,000 reported crimes each year. Approximately 6 of every 100 women currently living the United States will become a victim of rape or sexual assault during her lifetime. Sexual assault is the only category of violent crime in which females are the primary victims. For all other types of violent crimes, men fall victim more often than women. Your appearance, no longer how confident or “tough looking” you are, is not enough to keep you safe from a violent attack.

Murder accounts for about one percent of all reported violent crimes. Although statistically small, this means about 15,000 murders each year. This high number is enough to strike fear into anyone, giving you more than enough reason to purchase pepper spray, home security alarms, and other devices to keep you and your family safe from this and other violent crimes. If you do find yourself in a situation that is potentially violent, wouldn’t you want to be able to protect yourself and the ones you love from harm?